Recreational vehicles (RV) have been around for a long time and the airstream is arguably the most iconic of them all. Airstreams have been the choice of numerous Americans because of the vivid advantages it has over other trailers and campers. Airstreams can be used in almost all seasons for travel and leisure purposes. Here at Benchmark, we are well renowned for our world-class Airstream Basecamp Appraisal services which we have been serving for the past few decades.

One can spend a warm and nice time with their family and friends, without worrying about luggage, space and capacity. With more and more Americans wanting to drive and travel on road, RVs have been in high demand. 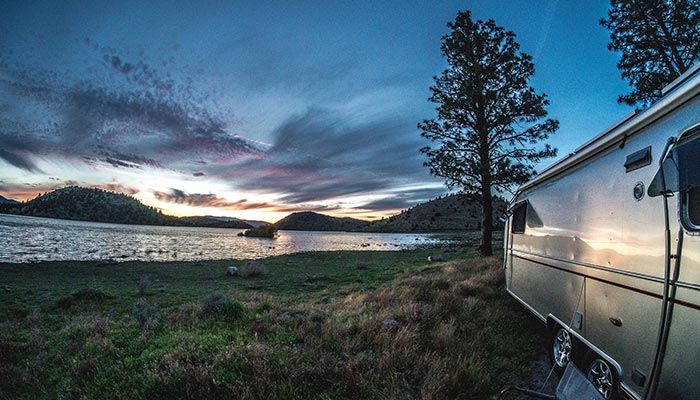 Airstream Company was founded by Wally Byum. Byum was an attorney in Los Angeles who started making trailers in his home garage in the early 1920s. Later in the 1930s Byum acquired rights for the company and built a prototype trailer named ‘The Clipper’. This was the first prototype of the Airstream Company. This $1200 prototype had a sausage shape with an aluminium body and was a wind-resistant unit. This classic and iconic design is still prevalent in the present model of Airstream basecamp appraisal.

The company was doing so well that it even survived The Great Depression. It was only after World War 2 ended that Byum could resume production. This was because the American economy recovered from the Great Depression and businesses started blooming again.

AIRSTREAM BASECAMP APPRAISAL: What is Airstream?

One of the most popular and iconic American trailer brand, Airstream has many coaches which are oval in shape. They have small sizes and are usually oval or rounded in size. They look good and have various practical features.

A few highlights of Airstreams are:

In future, the aluminium frame of the trailers will be replaced by fibreglass or carbon fibre. Fibre is lighter and stronger than aluminium. This will further increase the fuel efficiency and reduce the weight of the overall setup with increased loading capacity.

The Airstream trailers can be broadly categorized into three types based on gross vehicle weights:

The beginner level in the airstream trailer category, this size further consists of 4 models which are as follows:

This segment trailer has a length ranging anywhere between 16 to 22 feet and Gross Vehicle Weight (GVWR) under 4,700 pounds. It is suitable for a mid-segment SUV because of its lightweight and small size.

Airstream Basecamp appraisal is the highest-selling model of the company and is loved by many Americans.

This segment has further 3 models which are:

Trailers that fall under this segment have an average length between 22 to 30 feet and have a Gross Vehicle Weight (GVWR) of 7,475 pounds.

Full size has only one model, namely The Classic. It has a length of either 31 feet or 30 feet with a Gross Vehicle Weight (GVWR) of 10,000 pounds. It can be attached to a towing truck or a powerful pickup truck such as the Ford F-150 Raptor.

AIRSTREAM BASECAMP APPRAISAL: Reasons why you should buy Airstream Trailers.

Despite high prices, Airstream basecamp appraisal is very popular among Americans. You can also see many Airstreams from the 1970s hitting the road which is more than enough evidence for Airstream’s reliability and solid build quality.

Airstream trailers are loaded with a ton of features as discussed before, which makes your stay and travel convenient. You do not need external heaters or a tent/bed as Airstream basecamp appraisal comes equipped with these. The build quality and touch feedback of the interior is top-notch. It is undoubtedly the best RV you can buy out there. The amenities Airstream provide is a level up when compared to other camper vans and trailers.

Looking for trusted Airstream Appraisal in the United States? Don’t worry! We have got you covered. Benchmark Auto Appraisal will help you find the right trailer for the right price. Our team will extensively provide you with details regarding used airstream basecamp appraisal so that you get the right price and all the features and amenities that you are looking for.

Benchmark Auto Appraisals follow the designated appraisal procedure which meets all USPAP Standards so that the customers get a clear assessment of the trailer of their choice. We are an experienced company with numerous satisfied customers over the year.

For FREE Consultation with an Airstream Basecamp Appraisal, call